Featuring Guest Appearances By Members Of Agalloch, Borknagar, Novembers Doom, Tristania, The Devin Townsend Project And Many More
Incomprehensible Out January 22nd On The End Records 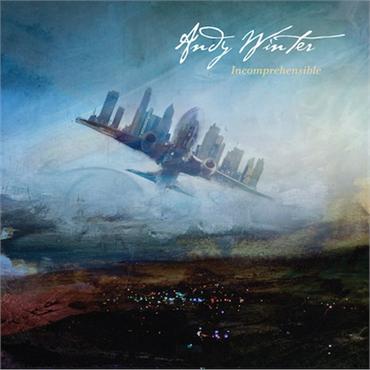 01. Reversed Psychological Patterns (Agnete M. Kirkevaag of Madder Mortem)
02. My Illusions Are My Own (John Haughm of Agalloch)
03. Perfection Is The Blank Page (Kjetil Nordhus of Tristania, Trail of Tears & Green Carnation)
04. Somewhere Else To Disappear (Dan Swanö of Nightingale & Bloodbath)
05. Through The Eyes Of A Surrealist (Lars A. Nedland of Borknagar, Solefald & Age of Silence)
06. Far Beyond Autopilot (Heidi S. Tveitan of Star of Ash & Peccatum)
07. The Transversal Conjecture (Paul Kuhr of Novembers Doom & Subterranean Masquerade)
08. Back To Square Two (Lars E. Si of Winds, Before the Dawn & Sensa Anima) 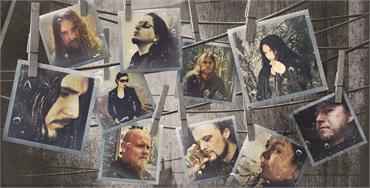 Avant-garde metal band STOLEN BABIES are pleased to announce several North American tour dates planned for February 2013. The tour dates will also feature headliners Turisas and direct support from Firewind. STOLEN BABIES will appear on the tour from February 2nd in Jacksonville, FL and through February 21st in Oakland, CA. A month prior to the tour on December 29th, the band will perform a solo show at Bar Sinister in Hollywood, CA. STOLEN BABIES also plans on scheduling select headlining dates before the 2013 tour kick off. See below for all currently confirmed tour dates.

STOLEN BABIES with TURISAS and FIREWIND:

STOLEN BABIES recently finished a successful North American tour with Devin Townsend Project, Katatonia and Paradise Lost, and released a new album in October, entitled Naught. The album is available through iTunes, Amazon and all other standard digital retailers.

For more information on STOLEN BABIES, please visit these websites:

When asked to headline the first annual Blankfest Vancouver, there were no second thoughts from Titans Eve as they were honored to help a worthy cause for the city’s street youth and shelter Covenant House, plus they were excited to play their first show since returning from their European tour with Arch Enemy.

The thrashers shared The Railway Club stage on November 10th alongside 11 other rock and metal bands from across British Columbia and Alberta, which included Matt Blais, Kathy Frank, Mad Young Darlings, The Deadwax Collective, Handsome Distraction, Cry of Silence, The Mighty One, Open Air, The Coalition, Versus The Nothing and Thorntyr. The event was able to raise over $1000 and 200 clothing items for city’s homeless.

“Blankfest was a total success. Every band was totally fantastic and the cause was inspiring! Titans Eve is proud to help Vancouver the greatest city in the world out by helping its homeless stay warm in the coming winter months. Thank you very much for supporting Vancouver!” comments vocalist/guitarist Brian Gamblin.

About: Covenant House, founded in 1997 is a non-profit organization that offers a clear exit from life on the street to youth aged 16 – 24. They make this possible through a carefully designed Continuum of Care including a daily drop-in, a 54 bed crisis shelter, transitional housing, relapse prevention and life-skills training.

Each day young people come to them damaged from the abuses of their past, desperately needing love and guidance. Over the next year more than 1,500 homeless young people will come to Covenant House Vancouver and take the first steps in creating a better life for themselves by reaching out and saying, “Can you help me?”… and together they can.

In additional news, the band posted live video from their tour date in Paris at the following links.

About: Titans Eve released sophomore album Life Apocalypse earlier this summer. It was recorded by Sacha Laskow of Divinity at Perfect Fifth Studios in Calgary, AB and produced by Titans Eve to follow up to last year’s debut album The Divine Equal that was named ‘Album of the Month’ (Sept 2011) by Metal Hammer Germany and conquered the #7 on the Top 20 of 2011 Canadian Loud Charts.

A FREE download of their single ‘Destined To Die’ is available at the following link: 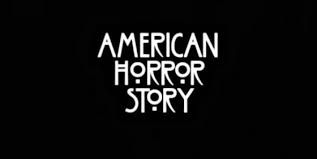 The Wednesday night psycho-spooky TV thriller will return yet again!