Full dates can be found below. Previously, the band has been on the road alongside the likes of Witch Mountain, Blood Ceremony, Hammers of Misfortune and Gates of Slumber. On their recent Scion A/V-sponsored run with doom act Witch Mountain, guitarist/vocalist Mat Davis commented,

“The tour with Witch Mountain was amazing. We had a great response and we’re looking forward to getting right back out there and visiting as many new places as possible. Headlining will give us the opportunity to stretch out our set and play a good mix of songs from both albums.”

CASTLE announced that drummer Rae Amitay (Mares of Thrace, Woods of Ypres, Thrawsunblat) will be behind the kit on the upcoming tour. Says Davis,

“We had the chance to play together on a bill in Chicago and were blown away by her drumming.”

CASTLE will be out in support of their PROSTHETIC debut Blacklands, which Outburn gave a 9/10 rating, while Exclaim! magazine praised its “sinister sweetness” and “irresistible hooks.” The album, produced by Billy Anderson (Eyehategod, Cathedral, Neurosis), is available on the PROSTHETIC webstore HERE. CASTLE has been confirmed to take part in the prestigious Roadburn Festival 2013 in Tilburg, Holland, who previously named them Newcomer of the Year in 2011 following the release of their debut album In Witch Order.

Episode 94 is now available for your disapproval under the PLAYLIST tab.

The Johnette interview audio is currently under construction (in other words, its being prepared).

Icelandic rock heathens SOLSTAFIR performed a 3 song set live at the KEXP Hostel as part of the Iceland Airwaves Festival.

You can watch the quartet playing tracks from 2011’s Svartir Sandar and 2009’s Köld on KEXP’s official YouTube channel.

Watch an interview about the performance on No Clean Singing.

SOLSTAFIR are currently part of the lineup at the Barge to Hell Cruise. The band’s critically-acclaimed album, Svartir Sandar is available now via Season of Mist.

True to a life-long interest in underground extreme Metal, Season of Mist will release the full back catalogue of Norwegian cult act ILDJARN, as well as the ILDJARN-NIDHOGG and SORT VOKTER productions. Here is the comprehensive list of reissues:

All 15 reissues will be available digitally in the upcoming weeks and most of them will hit the stores in physical editions later on. More information soon.

Please note that ILDJARN ceased all musical activities a long time ago and therefore does not do interviews and does not run any official web page or social network.

Thank you for metal.

Thank you for hairdo.

Thank you for ratio.

Thank you for nuclear bomb.

Thank you for birthday. 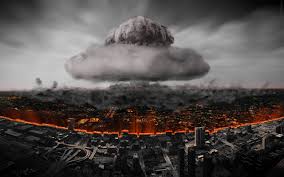 This picture displays the present that awaits those who survive.