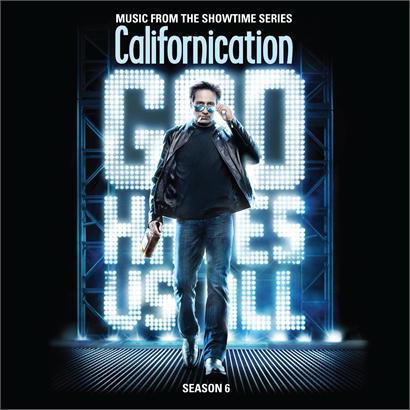 (Nashville, TN) – eOne Music is set to release Music From the SHOWTIME Series Californication Season 6 on January 15, 2013.  The collection features a previously un-released track from Australian musician/actor/comedian and guest star Tim Minchin, titled So Long (As We Are Together), which is performed in character as the mad-as-a-hatter Atticus Fetch.  The album also features tracks from Steve Jones (Sex Pistols) and Marilyn Manson, both of whom have guest starring roles in the show this season.  The album also features music by Ryan Adams, Joe Walsh, Johnny Thunders and more. Season 6 of Californication debuts on Sunday, January 13, 2013 at 10:30 PM EST on SHOWTIME.

The SHOWTIME original series Californication takes viewers on a wild, witty and sexy ride in the California fast lane. It centers around Hank Moody (series star and executive producer David Duchovny), as a hedonistic novelist who struggles to be a good father to his college-aged daughter, while still carrying a torch for her mother, his ex-girlfriend.  Californication has won several awards, including two Emmy® Awards in 2008 and 2009 for Outstanding Cinematography and one Golden Globe® Award in 2008 for Best Actor (Duchovny).