Death Metal powerhouse DYING FETUS completed work on a new video for the song Second Skin. The band released a trailer for the video, which can be viewed by clicking the still shot above.

DYING FETUS will be hitting the road in this month alongside Hatebreed, Shadows Fall and The Contortionist as part of “The Divinity of Purpose Tour” which kicks off January 26 in Flint, MI and will wraps February 17 in Amityville, NY.

Their latest album Reign Supreme was released in 2011 on Relapse Records. Multiple tracks have been heard on The Welding Room radio program. However, its streaming in its entirety on their Bandcamp Page.

Purchase Reign Supreme from the Relapse store HERE and digitally on iTunes.

For updates on DYING FETUS visit their Facebook page. Satan Claus’ Christmas competition on Season of Mist’s website is now over!

Thanks to all contestants who participated and sent us their answers, but there could only be so many winners a day

Here is the list of all 31 questions featured in Season of Mist’s 2012 December calendar, with their respective answers (we admit some questions were rather tricky, so correct alternatives were accepted too):

01) NOTHNEGAL “Decadence”
Q: Which ocean surrounds the home of NOTHNEGAL?
A: The Indian Ocean

02) KELLS “Anachromie”
Q: KELLS singer Virginie Goncalves has been helping out which other French band live for a couple months?
A: ETHS

03) DODECAHEDRON “Dodecahedron”
Q: Under which name did DODECAHEDRON start out before changing it?
A: Order of the Source Below

15) ENGEL “Blood of Saints”
Q: ENGEL mastermind Niclas Engelin is also playing in which other famous Swedish band?
A: In Flames

19) KHONSU “Anomalia”
Q: KHONSU mastermind Steffen Gronbech cooperated with his brother on which other release?
A: KEEP OF KALESSIN’s “Reclaim” EP

22) THE CHARIOT “One Wing”
Q: THE CHARIOT were founded by which vocalist, who left what band in order to do that?
A: Josh Scogin, NORMA JEAN

24) WATAIN “The Vinyl Reissues”
Q: Which WATAIN albums has Season of Mist re-released on LP in November 2012?
A: “Rabid Death’s Curse“, “Casus Luciferi“, “Sworn to the Dark“, “Lawless Darkness”

The winners will be informed by email and their names will be posted on Season of Mist’s Facebook page.

The cult classic Sworn to the Dark from Swedish shouting stars, WATAIN is finally available in North America.

Here is the cover artwork of the critically acclaimed third opus.

You can also find it in the Season of Mist e-shop on CD, deluxe LP and as part of the new collector’s LP box set.

Season of Mist is proud to announce the signing of metallic post-hardcore outfit KEN MODE! The Canada based trio recently completed recording their new album Entrench with acclaimed engineer Matt Bayles (MASTODON, ISIS, PEARL JAM, THE SWORD) and will unleash it on March 15 (March 19 in North America).

Here is the cover:

The band commented on the new union,

“As (mostly) Canadians, we are excited to take this opportunity to put our 9th grade level French skills to use, particularly in our communications with the SoM head office. We are also excited to visit the Season of Mist US headquarters in Philadelphia where no doubt the staff will present us with the most extravagantly cheesed Philly cheesesteak sandwiches. As newly anointed cultural treasures of Canada, we look forward to the awards and accolades we are no doubt to receive through our international partnership with Season of Mist.”

The band issued the following statement:

“The only logical way to follow up on the success of our previous album Venerable, was to put our noses to the grindstone and top that record in every way possible. With Entrench, we are convinced we have accomplished this. Entrench is our most collaborative effort, and the most creative and sonically diverse album of our entire career. Entrench sees us expand in both our handling of dynamics and general song and album craftsmanship; utilizing piano, keyboards, and strings to build on the classic power trio format. For this album, we have also enlisted guest vocal contributions from Dave Verellen (NARROWS, ex-BOTCH) and former DEADGUY/KISS IT GOODBYE vocalist Tim Singer. Both of them add another layer of icing to the metallic-hardcore-noise-rock-whatever-core cake we’ve baked”

KEN MODE was recently awarded a Canadian Juno Award – Canada’s version of the Grammy- in the inaugural “Heavy Metal/Hard Music Album of the Year” category, on the back of their critically acclaimed album, Venerable. Other nominees included DEVIN TOWNSEND and ANVIL.

KEN MODE announced a full North American tour for March and April with TODAY IS THE DAY, BLACK TUSK, and FIGHT AMP.

Click the TOUR DATES page above to view confirmed dates.

UPON WINGS is proud to announce the release of their new EP, Afterlife, featuring guest vocals and production from Brett Hestla (Ex-Creed, Dark New Day). Afterlife is scheduled for a March 5 release on Sword of the Spirit Records LLC.

The debut single and title track is set to hit alternative and rock radio and digital outlets on Jan. 15, but you can hear it HERE now. Check out an exclusive stream of the title track Afterlife.

Recording sessions for Afterlife took place at Johnny K’s legendary Groovemaster Studios in Chicago, where Disturbed, 3 Doors Down, Staind and countless other heavy music-makers have laid down tracks.

UPON WINGS combines operatic, female-fronted goth-pop with rousing rock and metal in a unique, ethereal fashion. Frontwoman Anne Autumn Erickson is a classically-trained dramatic mezzo-soprano, and her lyrics take listeners down a path of heartfelt introspection, pain, joy and faith. 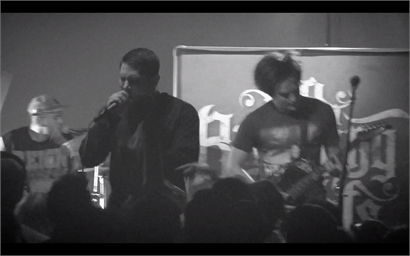 (NEW YORK, NY) – NO BRAGGING RIGHTS released the second and final music video for the track, Legacy. Click HERE or the image above to watch.

Directed by veteran director Josh Knoff (As I Lay Dying, Asking Alexandria), the video is a clear example of the bands intense live show.

The band is scheduled to support Every Time I Die, The Acaia Strain and Vanna next month. Click here for more info. 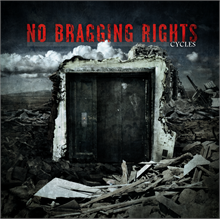 NO BRAGGING RIGHTS released Cycles just a few months ago to much critical acclaim. Click HERE or click the underlined songs above to purchase on iTunes. 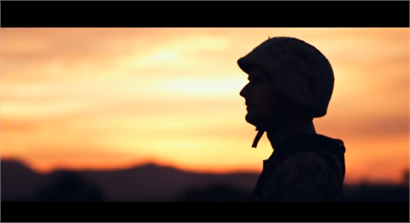 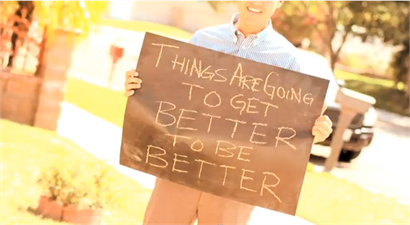 (Los Angeles, CA) – HOLY GRAIL released the lyric video for the title track of their upcoming album, Ride The Void. You can view the video directly on their site HERE or by clicking the video below. The album, to be released on Jan. 22 through PROSTHETIC RECORDS in U.S., Jan. 16 via Universal in Japan, and via Nuclear Blast on Jan. 18 in Europe and Jan. 21 in the UK, is available for pre-order through www.RideTheVoid.com. Pre-order bundles include Ride The Void on CD or LP along with either a t-shirt, long-sleeve, or pullover hoodie featuring the album’s artwork (featured above).

The band kicks off an extensive tour cycle on the upcoming Metal Alliance tour, playing alongside Anthrax, Exodus, High on Fire and Municipal Waste. Dates & tickets can be found on www.MetalAllianceTour.com.

For more information on the band please visit:
www.RideTheVoid.com
Facebook.com/HolyGrailOfficial