Season Of Mist is proud to announce the signing of death metal powerhouse CANNABIS CORPSE. The Richmond, VA based band is currently recording their Season of Mist debut album.

Regarding the signing, the band said:

“Cannabis Corpse cannot express how excited we are to join the ranks of Seasons of Mist, as so many groundbreaking metal bands are on the roster. We are knee deep in recording our new album and feel like this material is our most original and memorable to date. We were founded as a way to honor the Floridian fathers of death metal and this new record will be no exception. We’re looking forward to seeing what the future has in store!”

CANNABIS CORPSE is the project of MUNICIPAL WASTE bassist Phil “LandPhil” Hall and his brother Josh “Hallhammer” Hall. The band, rounded out by guitarist Brent Purgason (aka “Pustulus Maximus” of GWAR), have released three well-received full-lengths previously, and toured the world over alongside THE BLACK DAHLIA MURDER, REVOCATION, HATE ETERNAL, SKELETONWITCH, and more.

The new album personifies the legendary Greek band’s profound and majestic metal, which honors both their Greek heritage as well as ancient cultures worldwide. Furthermore, the band embellishes their signature dark metal on KATA TON DAIMONA EAYTOY (Do What Thou Wilt) with Sumerian and Incan poetry and as well as flourishes from Romanian folk song, and lyrics inspired by tales of undead Russian water spirits, Voodoo, Zoroastrianism and other sources.

“I’m very satisfied with this new album. I find It is very important for me to have a unique sound, (ROTTING CHRIST) doesn’t want to sound like anyone else. You are going to read a lot of different lyrics in different languages-strange and ancient languages; it’s something different…”

ΚΑΤΑ ΤΟΝ ΔΑΙΜΟΝΑ ΕΑΥΤΟΥ (Do What Thou Wilt), set for a North American release on March 5, will be available as a CD, double gate-fold LP, and a limited edition Digibox including a pendant in a velvet bag, a flag, and a Digipak CD with the bonus track Welcome to Hel.

In the wake of their forthcoming album release, ROTTING CHRIST was recently featured on the cover of the cult UK metal magazine, Zero Tolerance. The cover can be viewed here.

KOLDBRANN have been spearheading the Norwegian underground black metal scene since their founding in 2001. Together with compatriots such as 1349, URGEHAL and others, the band remained true to the early spirit of the genre. Their brand new full-length Vertigo sees KOLDBRANN drawing deep from their cold, raw black roots, while simultaneously exploring new, vintage sonic territory.

Pre-order Vertigo at the Season of Mist e-shop. The album is available in CD format, and a gate-fold double LP in black and transparent vinyl.

KOLDBRAAN recently released Totalt Sjelelig Bankerott, a 7” single strictly limited to 300 copies worldwide, with an exclusive B side entitled Kasjtjeijs Svøpe. This vinyl edition is already sold-out but the single is available digitally.

A music video for Totalt Sjelelig Bankerott, directed by Effektor and featuring guest vocals by Erlend Hjelvik from KVELERTAK can be viewed at Season of Mist’s YouTube channel.

KOLDBRANN toured all over Europe as part of prestigious festivals such as the Inferno Festival, Hole in the Sky, Summer Breeze, Party San Open Air and toured alongside ENDSTILLE, MARDUK, URGEHAL, TAAKE and many more.

According to Skateboard Marketing, if you are into Killswitch Engage or Soilwork you’re “going to be totally into this band.”

Keep your ears open for the “Gift Card Quality” FCC-friendly clean edits on radio stations around the world. The expletive reversed singles (see tracks below) were cut by TWR executive producer/host, Rik Johnson.

Click here to purchase Self Immolation on Google Play

(Los Angeles, CA) – Already being herald as one of the most anticipated albums of the year, the upcoming fourth studio album from BRING ME THE HORIZON,  SEMPITERNAL will be the defining sound of heavy music in 2013 and it is scheduled for release on April 30 via Epitaph Records.

Proving to be perpetual favorites among fans, the album’s first single ShadowMoses came charging out of the gates last week after premiering on Zane Lowe‘s BBC’s Radio 1, forcing Epitaph to post the song on YouTube a week in advance due to popular demand.

“There’s a very euphoric sound coursing through the album, a veryuplifting but yet sad sound,” says front-man Oliver Sykes.

“Electronically, it’s far more advanced than anything we’ve done before.”

“We worked from a computer, laying down ideas and riffs and working on them tirelessly until we had what we wanted.”

For the first time, Sempiternal sees a new member appearing on the record, Jordan Fish, who takes on keyboard duties on the record as well as during live performances.

“Bringing Jordan into the mix changed things completely; he opened up so many more possibilities.”

Sykes goes on to say, “The lyrical theme is everything. My head was a lot clearer when writing this time and it allowed me to write from a different perspective. It’s the best stuff I’ve ever written in my opinion. It’s very dramatic, quite blunt, and at times sarcastic, but the biggest part of it – is how it is combined with the music to bring the listener vivid imagery and emotion. I think we really managed to pull that off.”

Sempiternal is an embracing ride through soaring vocals, supercharged melodies and what can only be described as spine tingling metal anthems. After the critical and commercial success of their previous albums, There Is A Hell, Believe Me I’ve Seen It. There Is A Heaven, Let’s Keep It A Secret (2010) and their breakout success Suicide Season (2008), BMTH plan to take heavy music to the next level, incorporating the most dynamic elements of hard music to create the most exhilarating album of the year.

For more exciting news about upcoming tours stay tuned to: 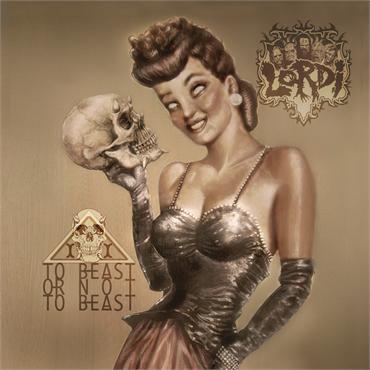