This is a great all-in-one (no pun intended) eOne update sheet. All of the bands are heard on The Welding Room with the exception on The Contortionist, who will make their debut on the program TODAY!
Read on…

AVATAR
After leaving their mark in every American city they’ve played, Avatar is embarking on the Tour of the Dead in their native Scandinavia. Freak Show continues to get love from radio with another week of placement on the active rock charts. Watch the video here! | Facebook |Twitter | YouTube

THE CONTORTIONIST
Indianapolis’ finest have just finished a tour with label-mates WITHIN THE RUINS and AFTER THE BURIAL, with LAST CHANGE TO REASON front man Mike Levenseller doing a bang up job filling in. The band is currently in the middle of the Canadian Forgiveness Tour with VEIL OF MAYA. Click here for dates and here to watch their video for Causality. Facebook | Twitter |YouTube | Instagram

DARK SERMON
Dark Sermon just finished a batch of dates with Abiotic and took the time to say thank you to fans in their own unique way. The band is gearing up for a massive chunk of summer touring in continuing support of their new LP In Tongues. Fans should not blink or they could miss it. Watch their video for Hounds here! Facebook | Twitter |YouTube | Instagram 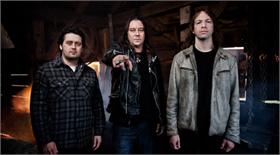 HIGH ON FIRE
High On Fire spent a good part of the Spring on The Metal Alliance Tour. They put the finishing touches on their double live album Spitting Fire, which will be released on June 18, 2013. Pre-order info is coming soon! While you’re waiting, check out their video for Fertile Green – named  Video Of 2012 by REVOLVER MAGAZINE. Watch here! Facebook | Twitter | YouTube 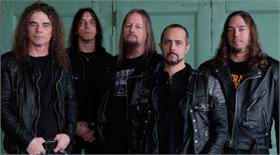 OVERKILL
These thrash-masters just announced a bone shattering co-headlining tour with KREATOR, with two highlighted performances in NYC to wrap up the tour. Click here to see the dates and click here to watch their video for Electric Rattlesnake. Web | Twitter |Facebook

WITHIN THE RUINS
Now that they have completely decimated the crowd at this year’s NEW ENGLAND METAL & HARDCORE FESTIVAL, the band is celebrating by heading out on the road with THE FACELESS in CANADA. Click here for dates and click here to see their visually stimulating video for Feeding Frenzy. In other news, the band will be heading to CHINA (yes, China) for a handful of shows as well. Facebook | Twitter |YouTube