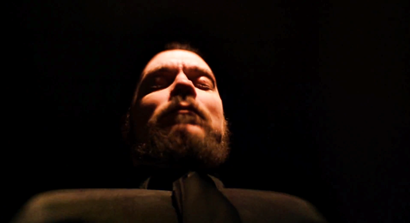 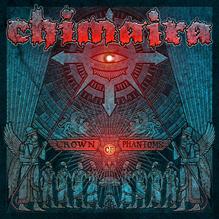 Canadian epic metal bands VESPERIA and CRIMSON SHADOWS (Spread the Metal Records) just announced plans to join forces on their first trans-continental tour entitled WESTERN CRUSADE CANADIAN TOUR! This August, VESPERIA & CRIMSON SHADOWS (who both just recently rose to the finals of the 2013 Wacken Battle Canada) will hit the trans-Canada Highway from South Ontario to Victoria British Columbia and back in stoic determination to bring their epic metal assault Canada-wide!

VESPERIA also announced a pre order campaign for the digital release of their new album AN OLDEN TALE that will begin on Monday, June 24. The pre order will be available from their Bigcartel and Bandcamp pages, available at these locations:

VESPERIA’s new album AN OLDEN TALE was recorded between October 2012 and March 2013 with Thomas Ireland (Icehouse Studios, Battlesoul) in Goderich, ON. The cover artwork for the album was done by Jan Yrlund, whose art credits include TYR, KORPIKLAANI, MANOWAR & APOCALYPTICA.

August 1st – Oshawa, ON – The Atria (with Blackguard)

The band also filmed a music video for the single Pints Held High from the 2011 release. That video can be viewed here: http://www.youtube.com/watch?v=7M6Y-XVWvaw

More information is available at the following links:

This year marks the ten-year anniversary of the undeniably spine-crushing band MOUTH OF THE ARCHITECT.  While many have anticipated the apocalypse in 2012, MOTA has been accurately predicting and creating the soundtrack for such a disaster since 2003.  There is perhaps no better way to celebrate such a milestone than by releasing a new face melting full-length record, and MOTA has never failed in that regard.

Get an exclusive first listen to the track, Sharpen Your Axes HERE.

The song How Will This End is streaming HERE.

The song It Swarms is streaming HERE.

Dawning is available for pre-order HERE.

The current lineup consists of drummer Dave Mann, guitarists and vocalists Steve Brooks and Kevin Schindel, keyboardist and vocalist Jason Watkins, and bassist Evan Danielson.  The band plans to celebrate its ‘most glorious birthday’ by releasing a psychedelic-tinged sludge-rock masterpiece.  Remaining under the long time label support of Translation Loss Records, their new album Dawning bludgeons its way to the top of their long catalog of doom rock greatness.  These dudes last proved their heavy-metallic weight in gold when they made it through a volcanic eruption to play the Roadburn Festival on their 2010 European tour in support of The Violence Beneath. This year these well-worn road veterans plan on bringing their incredibly loud and extremely hairy brand of post-metal to a venue near you in support of Dawning.  Of course, you have to live in the northern hemisphere to get your chance to witness this rock ‘n roll spectacle.

MOUTH OF THE ARCHITECT will be touring in support of Dawning this summer with Intronaut and Scale the Summit.

MOUTH OF THE ARCHITECT with Intronaut/Scale the Summit:

Canadian skrap metal innovators FINAL TRIGGER are now streaming their upcoming album Skrap Metal Vol. II via youtube here. The album, set for release on July 9 via Boonsdale Records, is the follow up to their 2009 debut Skrap Metal, which received critical acclaim in Canada and the US with success on college radio charts and their single Start A Moshpit receiving regular video rotation on Canada’s Much Loud.

Over the years FINAL TRIGGER have toured as direct support for Mushroomhead across the USA, along with Suicidal Tendencies, Marilyn Manson, Dillinger Escape Plan, Protest The Hero, Baptized In Blood, Hail The Villain, Threat Signal, Slaves On Dope, Agent Orange, Blaze Ya Dead Homie, Boondox and more.

Combing high-energy metal with a hip-hop feel, FINAL TRIGGER creates a unique sound and a sick vibe, with vocal hooks and anthem choruses that are undeniable to any listener.

The spark of a lighter in a dark alley, smoking joints over the talk of escape and rebellion. A dream of a better life, where money/weed/bitches are a plenty. Free-styling with homies, rolling dirty, and dropping out of school to jam and pursue music. Most of all: a pact that would bind each member to a common cause, and entwine their fates forever. These are the fundamentals on which Final Trigger was born, and would lead it to become what it is today.

Lead Vocalist/Guitarist J-Roc provides the guitar-driven structures and shredding guitar solos with a tone reminiscent of Dimebag Darrell and Dave Mustaine. All while ripping vocal screams that would rival a Frankenstein of Lamb Of God, Snot and Hed PE.

Bass-man/Vocalist Fazio brings an equally heavy but funky vibe. He plays with a rock-solid presence and slap-bass style, with influences of Cliff Burton and Marcus Miller combined. Not to mention the ability to free-style vocally as if James Brown joined the Wu Tang Clan.

Drummer extraordinaire JJ Tartaglia contributes the backbone beats and rhythms with a metal/funk style to get the groove just right. Blazing double kicks, sky-high cymbals, and a visual style unlike you’ve ever seen.

These players are the magical combination that makes Final Trigger an all-star line-up, and 2nd to none. The band believes hard in their music, and are proud to live their lyrics and image.

Melodic death thrashers Chariots of The Gods posted their latest Godcast Eps. 9 SuperSecretProjectOuhhhh!!!. Host guitarist Matt St. Amour and guest Dimitri Gervais discuss going in the studio last Wednesday to re-record an old song, plus give an inside view on what happened. They also brief fans on new merch and this week’s tour dates in Ontario.

In other news, a teaser for the next music video Starborn, off their debut full length Tides of War is at the following link: http://www.youtube.com/watch?v=CKeYmSqLn1c

June 21 – The Atria – Oshawa, ON w/ Fatality, Buried Out Back, Darkness in Aurora, Black Concept

For more info on Chariots of The Gods please follow them at these links:

9. Collapse of an Empire

14. Annihilation of the Gods