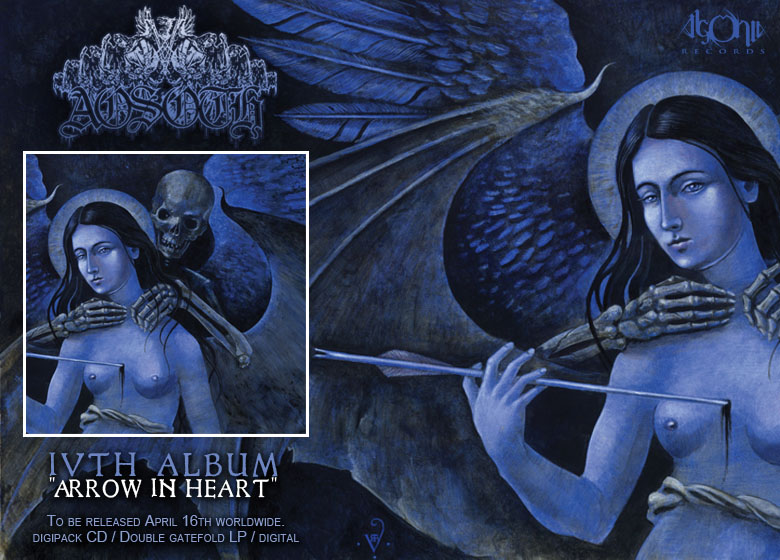 French sowers of intelligent, distinctive and airless Black Metal, Aosoth, have returned with their 4th full-length album. The new opus is a natural improvement over bands previews release, III (out in 2011), which already was “a major step forward for Aosoth in creating their own distinct sound” (Sputnik Music).

Commented by the band itself, IV: Arrow In Heart holds yet a bigger spiritual value: “We’ve spent such a huge amount of time on defining a darker identity, yet open to a wider range of influences. Those tracks still haunt us, as delivering them was a painful and excruciating experience, and left some of us even physically wounded. Which gives that album even more of a spiritual value, as it involved a form of sacrifice. This fourth full-length release is without a doubt a great step forward for us in term of music writing, and sound.”

Aosoth – Are these guys French? It doesn’t show. They know how to do contemporary black metal. Supremely evil this one, most of the songs are eerie and eerily similar. Any will do in a pinch but I would go with…