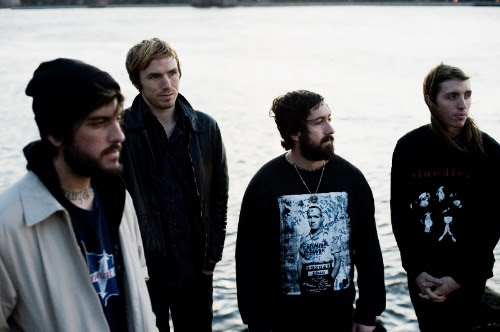 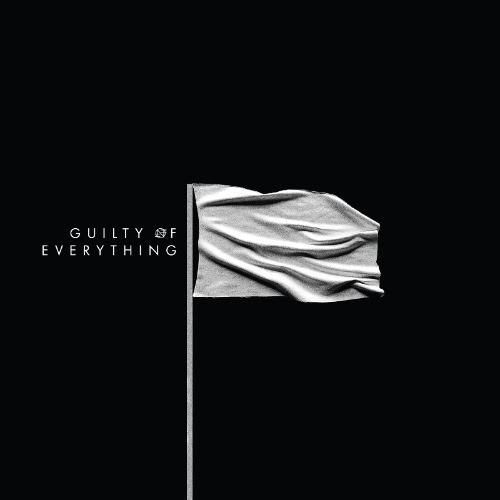 Horror Pain Gore Death Productions has released the second album from Massachusetts black/death beasts Soul Remnants and entitled “Black And Blood” on CD and Digital formats. Below is the official description:

Order your copy of the CD for only $10 with free shipping at http://www.horrorpaingoredeath.com/store/hpgd073.html
Listen to the entire album for free then purchase the Digital Download for only $6.66 at http://hpgd.bandcamp.com/album/black-and-blood

Below is the official description:

Pre-order your copy of the CD for only $10 with free shipping at http://www.horrorpaingoredeath.com/store/hpgd073.html
Pre-order the Digital Download for only $6.66 at http://hpgd.bandcamp.com/album/black-and-blood

Horror Pain Gore Death Productions released the album “The Great Architect Of Nothing” from Singapore’s Death/Thrash titans OSHIEGO on CD and Digital Album. You can stream the entire album for FREE via the HPGD Bandcamp.

Below is the official description:

Horror Pain Gore Death Productions welcome Singapore’s premiere Death Metal masters Oshiego to the label with their sophomore album “The Great Architect Of Nothing”. After almost a decade of their depraved existence, the pinnacle of sonic violence and total mayhem has arrived! Terrible certainty has arrived via a nasty mix of brutal riffage and Middle-Eastern stylings a la Melechesh and Nile, combined with an original yet old school Death Metal approach. Eight soul shattering original tracks of groovy, neck-breaking riffs, bone-crushing subsonic bass and primal, warlike exteme percussion plus a cover of Vomitory‘s ‘The Voyage’. A must have for fans of Absu, Behemoth, Deicide, Demolition Hammer, Dismember, Exhorder, Grave, Hypocrisy, Intestine Baalism, Krisiun, Malevolent Creation, Morgoth, Obituary, Sepultura, Vader and Vomitory. Beware as Oshiego plunges the world into complete chaos and bedlam!

Listen to the entire album for FREE then purchase the Digital Download for only $6.66 at http://hpgd.bandcamp.com/album/the-great-architect-of-nothingPurchase the CD for only $10 with free shipping at http://www.horrorpaingoredeath.com/store/hpgd071.html

1. The Great Architect Of Nothing
2. The Inexorable Monarch
3. Black Flags Of Khorasan
4. Harbingers Of Judgement
5. Companions Of The Left Hand
6. The Prisoner
7. Imposter
8. Last
9. The Voyage (Vomitory cover)

Oklahoma City‘s premier death metal export Dischordia are proud to announce that their song “The Enemy” is featured in Sick Drummer Magazine‘s “Brutal Beatings XIII” streaming compilation, alongside the likes of Grave, Pyrexia, Ulcerate, Wretched and more. The magazine is known as a resource for anyone seeking innovative heavy drumming and music in general.

“The Enemy” is featured on Dischordia‘s debut full-length album, Project 19, which saw the light of day on July 23, 2013 through Rogue Records America. Stream tracks and purchase the album via the band’s Bandcamp page: http://roguerecordsamerica.bandcamp.com/album/project-19

Dischordia toured the Gulf and eastern United States this past summer in support of the album, and are pleased to announce plans for another stint focusing this time on the west coast in January of 2014.

Scarecrow make their Horror Pain Gore Death Productions debut with the energetic album Flesheaters III.
This Halloween prepare for the ultimate in Horror Metal; a very interesting and intense combination of Death/Thrash with a healthy dose of Black Metal and Punk elements. Scarecrow are a force to be reckoned with a fresh sound that is rough, heavy, fast, raw and melodic. Fleasheaters III is complete horror, terror and destruction!
Special Edition CD includes 4 bonus tracks recorded live at Selviytyjät fest in Jalasjärvi, Finland 2012. A must have release for fans of Bludwulf, Danzig, Disfear, Driller Killer, Entombed, Genocide Superstars, GG Allin, The Lurking Corpses, Marduk, The Misfits, Motörhead, Nasum, Offspring, The Ramones, Samhain, White Zombie and Zeke.

Pre-order your copy of the CD for only $10 with free shipping at http://www.horrorpaingoredeath.com/store/hpgd072.html
Pre-order the Digital Download for only $6.66 at http://hpgd.bandcamp.com/album/flesheaters-iii-special-edition

Horror Pain Gore Death Productions has released the Deluxe Edition of the COFFINS “Colossal Hole” EP on 10-Inch Vinyl format. This Deluxe Edition is limited to 500 hand numbered copies on Black Night vinyl and comes with a set of two vomit/barf bags and a pair of numbered event style tickets.

Coffins make their triumphant return to Horror Pain Gore Death Productions for a special, one time only pressing of “Colossal Hole” on limited, deluxe edition 10″ vinyl.

This sickening release features raw pre-production demo tracks from their Relapse Records debut The Fleshland, and was previously only available as a limited cassette direct from the band. “Colossal Hole” is Coffins in their finest form – even heavier and more punishing than ever heard before!

WARNING: Horror Pain Gore Death Productions and Coffins assume no responsibility for health problems that may arise while entering the Colossal Hole. No Saviour can rescue you from the Hellbringer!

You can order your copy for only $15 with free shipping at ttp://www.horrorpaingoredeath.com/store/hpgd070.html

WAR FROM A HARLOTS MOUTH have been added to LAMB OF GOD‘s European tour. The band is set to play a string of three select dates in Germany, starting on August 4 in Köln, before ending on August 6 in Berlin. A full list of tour dates and a ticket link can be found below.

The band released a video play-through of the track titled Terrifier. Drummer Paul Seidel can be seen playing the song here.

A music video for the song Vertigo is also streaming here.

Additionally, the band is streaming Voyeur in its entirety at the official WAR FROM A HARLOTS MOUTH Bandcamp page.

WAR FROM A HARLOTS MOUTH released Voyeur on November 6, 2012 via Season of Mist, which can be heard on The Welding Room. Voyeur is available as a CD Digipack (limited to the first pressing), an LP (with digital download card), and a CD/T-Shirt bundle. The limited edition Digipack includes two bonus tracks and the LP includes one bonus track. Both editions, as well as the exclusive Voyeur t-shirt are available at the Season of Mist E-shop.

Canadian epic metal bands VESPERIA and CRIMSON SHADOWS (Spread the Metal Records) just announced plans to join forces on their first trans-continental tour entitled WESTERN CRUSADE CANADIAN TOUR! This August, VESPERIA & CRIMSON SHADOWS (who both just recently rose to the finals of the 2013 Wacken Battle Canada) will hit the trans-Canada Highway from South Ontario to Victoria British Columbia and back in stoic determination to bring their epic metal assault Canada-wide!

VESPERIA also announced a pre order campaign for the digital release of their new album AN OLDEN TALE that will begin on Monday, June 24. The pre order will be available from their Bigcartel and Bandcamp pages, available at these locations:

VESPERIA’s new album AN OLDEN TALE was recorded between October 2012 and March 2013 with Thomas Ireland (Icehouse Studios, Battlesoul) in Goderich, ON. The cover artwork for the album was done by Jan Yrlund, whose art credits include TYR, KORPIKLAANI, MANOWAR & APOCALYPTICA.

August 1st – Oshawa, ON – The Atria (with Blackguard)

The band also filmed a music video for the single Pints Held High from the 2011 release. That video can be viewed here: http://www.youtube.com/watch?v=7M6Y-XVWvaw

More information is available at the following links:

Technical death metal legends ATHEIST will see vinyl re-releases of  their three critically-acclaimed albums. Bonafied classics Piece of  Time (1989), Unquestionable Presence (1991) and Elements (1993) are slated for a North American release on June 11 via Season of Mist. The new editions are remastered on colored vinyl and limted to 500 copies per title worldwide.

Updated ATHEIST news and information available at the Season of Mist website and the official ATHEIST Facebook page.