Metal titans CHIMAIRA announced a massive crowd funding campaign surrounding the release of their brand new LP, Crown of Phantoms. The album will be released on Tuesday, July 30, 2013.

The band is seeking support for a special fan edition CD/DVD. This edition and its perks will only be available to campaign supporters and will not be sold anywhere else. Specifically,  supporters will be contributing to the following: 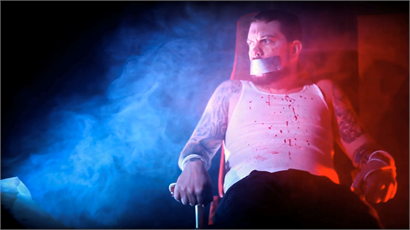 To further conceptualize their plan, the band has released a video explaining, with some satire, the details of their campaign along with a sneak peek of a brand new track called Kings of the Shadow World and a visual display of the many creative perks they’re offering to contributors. Visit the official campaign site for full details on the endeavor and its perks.

For more than a decade, CHIMAIRA has been imposing its gravity on the metal community by continually touring the globe and selling more than a million albums worldwide. Their brand of heavy music has evolved and transcended both itself and the trends while maintaining its persistent, bludgeoning force. In 2013, CHIMAIRA continues to direct the masses and define a dark future with their new album, Crown of Phantoms.

“When I started this band I had a desire to make extremely heavy, eclectic metal. Nothing has changed in that regard. I wanted to merge all the styles I loved into a hybrid of sounds. Having the chance to reinvent the group gave me the opportunity to work with unbelievable players and take the essence of Chimaira to uncharted territory. Assembling the right team was essential to creating what I feel is some of the craziest and most passionate music I’ve had the pleasure to be a part of. The past defines us while the present refines us.”