Critically-acclaimed Swedish metal act, In Solitude, have announced a series of shows through out the summer. Shows will include appearances at Hellfest, Graspop, Metaldays, and more. The entire list of dates can be seen below. The band is touring in support of their latest album, “Sister,” and is looking forward to spreading darkness over Europe! 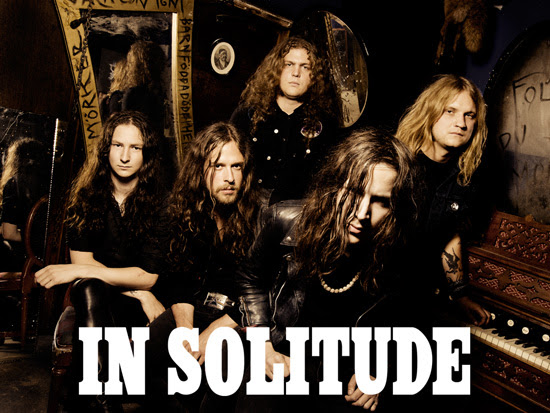 In related news Metal Blade re-issued “The World. The Flesh. The Devil,” the predecessor of “Sister,”on vinyl. This vinyl re-issue comes in two different and strictly limited and numbered versions: clear/black marbled (250 pieces) and red/black marbled (250 pieces). Both versions include a poster with an image different to the originally added poster. Order your copies now at EMP at THIS location or through our ebay-store from THIS link.

Check out the video for “To Her Darkness” taken from “The World. The Flesh. The Devil” at https://www.youtube.com/user/InSolitudeofficial

East Bay Heavy Rockers SpiralArms released their second album, Freedom in North America today via Steamhammer/SPV. In anticipation of the release Noisecreep is hosting an exclusive full album stream HERE. The album can be ordered on Amazon and iTunes.

The video for the song “Dropping Like Flies” can be viewed HERE.

SpiralArms rose from the ashes of millennial bands Systematic, Forbidden and Man Made God. This sextet has one mission. That mission is to save today’s music scene by bringing true heavy melodic rock to the forefront.  And they plan on doing this with Freedom.

Freedom’s down-to-earth and very dynamic production also deserves a mention. The album oozes a liveliness, which many other bands tend to lose in the studio.

“We always work at the studio as a full band,” says Locicero.

“The basic tracks of the new album were recorded in just about 16 hours, the rest was recorded by and by, but always in the same spirit. From the beginning, we never lost sight of our vision and that special flair which our new songs have.”

Just like rock fans shouldn’t lose sight of SprialArms if they don’t want to miss one of the hottest contemporary rock acts. Freedom will cut its own path, that’s for sure, particularly since SpiralArms can’t wait to tour on these shores:

“We hope to be able to come to Europe next spring at the latest. We haven’t forgotten the positive reactions to our show at the 2007 Graspop, where we were the only band without a record deal. That’s why we can hardly wait to play in Europe again.”

New York Metallers PRONG will be heading over to Europe this summer, playing a handful of festival dates as well as a string of headline dates. The tour is scheduled to kick off June 23 in Clisson, France at Hellfest and will run through July 14 in Serbia at Exit Fest.

PRONG are touring in support of their latest release Carved into Stone was released in 2012 on Long Branch Records. The album which is quintessentially PRONG, stretches into the band’s earliest and dirtiest foundations on which the band was founded on to the present as a staple of today’s post-metal and rock scenes.

Carved Into Stone can be ordered from Amazon HERE. Be sure to check out the deluxe iTunes edition which features an exclusive bonus track which is a cover of the Rammstein track Feuer Frei.

PRONG’s video for Revenge…Best Served Cold can be streamed HERE.