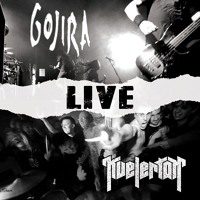 Scar the Martyr will embark on their first US tour in one week, with Danzig and Huntress; dates and ticket links are below!

The official release date for the second MUTINY WITHIN album, Synchronicity, is quickly approaching.

In line with the holiday spirit, MUTINY WITHIN partnered with The New Review to stream a very merry Christmas present in the form of their second single, Machines.

MUTINY WITHIN also just launched an anti-piracy campaign with music video director/editor Tommy Jones (the studio) with an endeavor called IndustryEmbers.  The goal of the campaign is to raise awareness about music piracy and to support buying music.

MUTINY WITHIN is giving fans a full taste of their upcoming album Synchronicity with the release of their first single Embers.

The band released a music video directed and produced by Tommy Jones (Suffocation, Kataklysm, Soilwork, All Shall Perish) for the song Embers, in partnership with Metal Injection.

The song is also available for purchase via MUTINY WITHIN Bandcamp

In a society where downloading music for free has become accepted and even the norm, people on the outside rarely are able to grasp the true effects of their stealing and how it trickles down to all the aspects of the entire music industry.

If you are purchasing music via service-based options, digital downloads, physical CDs, or vinyl, and paying the asking price, the industry salutes you. Industry Embers encourage fans and supporters of music and the Industry Embers objective to tweet their music purchases, regardless of genre, to @IndustryEmbers with the hashtag #BuyMusicOrItsByeMusic.

Jones and MUTINY WITHIN know the downside to piracy all too well.

“The guys in Mutiny Within were perfect examples of the difficulty an extremely talented new band faces to succeed in this age of online piracy, even after being signed to one of the largest metal labels.”

If you are reading this message, then you too are affected by piracy.  Support music.  Educate yourself.

Many people have a countdown until December 21, 2012.  The time has come for a new countdown: January 12, 2013.  Modern metal juggernauts MUTINY WITHIN have announced the official release date of their long awaited sophomore album, Synchronicity, for January 12, 2013.

MUTINY WITHIN made waves in the metal community early in their career by joining the Roadrunner Records roster and touring endlessly on the heels of their critically acclaimed self-titled debut album.  Having half the lineup live across the great Atlantic pond and having serious financial difficulties due to the rampant piracy in the music industry, MUTINY WITHIN was forced to go on hiatus in 2011.  That was the end of the touring band, but not the end of their music.  Epic metal music can not be contained – not even by the one-eyed pirates of the tumultuous thief infested world we call the “music industry”.  MUTINY WITHIN had so many good ideas and music ready to go, founding member/songwriter AJ and singer Chris Clancy decided to finish what they started and put out the next evolutionary sound of MUTINY WITHIN in the form of the self-produced Synchronicity.

The road is far from over for MUTINY WITHIN, and fans can look forward to many surprises leading up to the highly anticipated release of Synchronicity.

The Welding Room Chicago BS newsdesk correspondant, David Kinkade could be relocating to Arizona. The former Borknagar drummist & current friend to our program has been officially named to the drummer position for Max Cavalera‘s Soulfly.

Earlier in the week, Kinkade a sent text to TWR host Rik Johnson describing the new (Soulfly album) like “Arise on crack or speed.” He was referring to the 1991 break-through Sepultura album.

Soulfly has added drummer David Kinkade (of Borknagar) to the line-up for the eighth studio album. David is best known for his high speed of playing as well as his blast-beats. Swedish progressive metal legends Opeth have posted their entire new album, “Heritage” online for streaming. You can listen to the album by heading to NPR.org. “Heritage” is the tenth studio album from the band and is scheduled to be released in North America through Roadrunner Records on September 20th, 2011.