German thrashers DEW-SCENTED released an exclusive behind-the-scenes look at the recording of the song, Guided By The Dead Light, one of the new tracks off of their upcoming 20th anniversary anthology Insurgent. Check out the studio footage below or via YouTube.

Lauded as “one of the most determined and deadly thrash metal acts in recent history with one of the finest metal releases of 2013″ (Alibi), the band will release their 19-track, 76-minute compilation Insurgent in North America on Tuesday (28) via Prosthetic Records. The release celebrates over 20 years of deadly thrash metal with a mix of new original songs, live tracks and rare covers. You can pre-order a copy of Insurgent through the Prosthetic webshop HERE.

DEW-SCENTED were recently supporting thrash legends Testament on their European tour, after which they were featured on the Full Metal Cruise alongside Doro, Kreator, Sabaton and several others. The band will play a slew of European festival dates throughout the summer including the prestigious Wacken Open Air alongside Anthrax, Rammstein and Meshuggah, to name just a few.

German thrashers DEW-SCENTED have been confirmed as direct support for the almighty TESTAMENT on their upcoming European tour. The two-week tour kicks off  March 16 in Reggio Emilia, Italy and features support from Bleed From Within. As a result of the tour, DEW-SCENTED postponed their previously announced shows throughout France with No Return.

Check the TOUR DATES page (see above) for full listing

Regarding the cancelled dates, Dew-Scented commented,

“We apologize for any inconvenience this might produce and will be hopefully announcing re-scheduled dates for later this year very soon. However, we will still be appearing at Chaulnes Metal Fest 2013 since this show doesn’t clash with the other newly added dates. See you there”

DEW-SCENTED also finished tracking new studio recordings for a very special anniversary release, due out this spring.
In addition to the Testament tour, DEW-SCENTED confirmed their participation in the Full Metal Cruise, a week-long voyage featuring Kreator, Heaven Shall Burn, Firewind, Sabaton, Gamma Ray and Doro. The cruise departs May 5 from Hamburg, making stops in Southampton (UK), Le Havre (France) and Amsterdam before returning to Hamburg on May 12. For further details and ticket information, visit: www.full-metal-cruise.com

The time has finally come!

Here’s your chance to hear Ride The Void, the brand new record from L.A. heavy metal crusaders HOLY GRAIL, before it comes out (next Tuesday, January 22).

DECIBEL magazine, who claimed “You’d have to go back 20 years to find a metal record that achieves this level of instant infectiousness” while praising vocalist James Paul Luna as “the finest metal singer of his generation” are currently hosting a stream of the entire album on their website HERE.

After you listen to the album, check out www.RideTheVoid.com, to watch video commentaries and guitar lessons and pre-order a copy of the album on either CD or LP along with an exclusive t-shirt, hoodie, or long-sleeve featuring the album artwork.

HOLY GRAIL will next be seen taking part in the 70,000 Tons of Metal cruise alongside In Flames, Kreator, Sabaton and dozens more later this month. They will continue to promote their new album by appearing on the Metal Alliance Tour alongside Anthrax, Exodus, High on Fire, and Municipal Waste, which includes a stop at the New England Metal and Hardcore Festival. 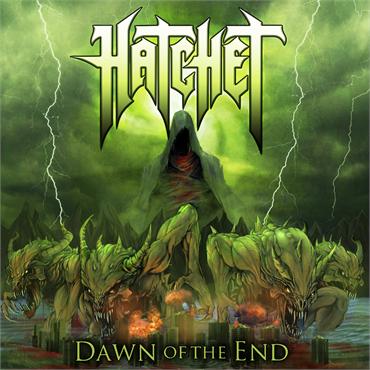 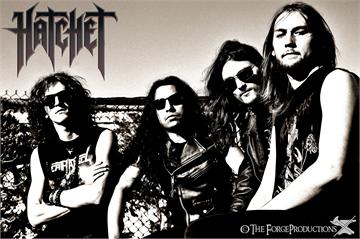 The official lyric video for SABATON‘s “Lifetime Of War” is now available for viewing on YouTube in English and in the band’s native Swedish. The track comes off SABATON’s sixth studio album, Carolus Rex, which will be released in North America on May 22nd.

The theme of the album is the Swedish Empire; lyrical references are to the Kingdom of Sweden between 1561 and 1721. The band collaborated with well-known Swedish historian Bengt Liljegren whose previously published work includes an acclaimed biography of Karl XII, King of Sweden. Liljegren has also appeared on the popular Swedish television series “Boston Tea Party.”

Sweden’s epic war metal specialists are currently on their “Swedish Empire” tour through the U.S. and Canada. Remaining dates are:

Tickets for all remaining shows (except México) can be purchased online at EnterTheVault.com.

Carolus Rex can be pre-ordered from the Nuclear Blast USA Webshop and includes an exclusive album artwork t-shirt.

Check out the lyric video for the English version of the new album’s title track here; Swedish version is here.

Download SABATON wallpapers for your desktop from this location.