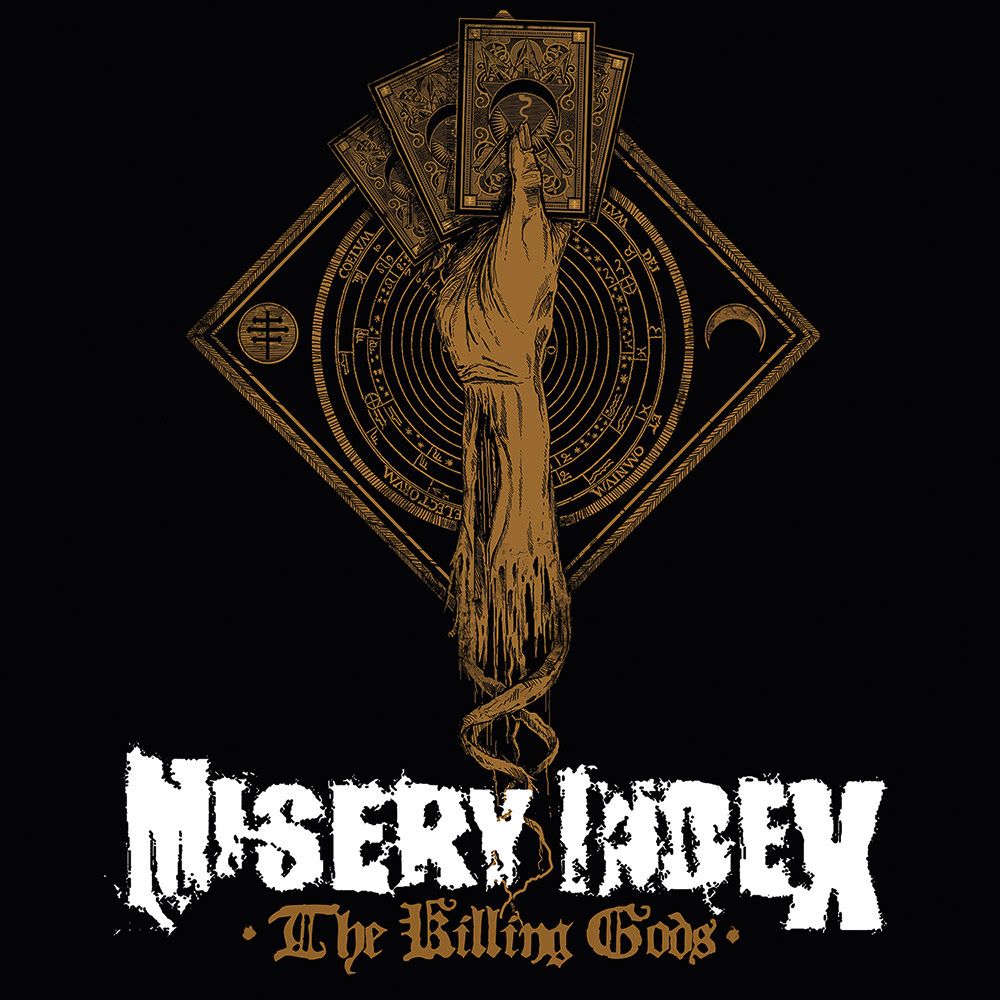 Dynamic, progressive dark-rock outfit VULTURE INDUSTRIES are streaming their brand new record, the first album for Season of Mist, The Tower in its entirety at Revolver Magazine.

VULTURE INDUSTRIES’ The Tower was released on September 30. It was recorded at the Conclave & Earshot Studios in Bergen, Norway, mixed by Herbrand Larsen (ENSLAVED) and mastered by Jens Bogren at Fascination Street Studios (OPETH, KATATONIA, DEVIN TOWNSEND, IHSAHN, ENSLAVED). The cover art and track listing can be found below.

Through their charismatic musicianship, VULTURE INDUSTRIES quickly earned the reputation of a formidable live act, characterized by the fusion of technical prowess with eccentric, manic performances by front-man Bjørnar Erevik Nilsen.

The Tower is available as a CD, LP & here. The limited first pressings of the The Tower will include a limited bonus track.

The band previously released a video for the track “Lost Among Liars” here.

Following the launch of the The Tower, VULTURE INDUSTRIES will commence a new live theater project with the Happy Gorilla Dance Company. The project, titled “Turning Golem” will combine a unique take on theatrical performance, combined with music from The Tower. Turning Golem will be staged on three separate dates: August 17 at the Dark Bombastic Evening in Transylvania, Romania, October 25 at the Garage in Bergen, Norway on and October 26 at Phantoms of Pilsen Festival in the Czech Republic. Turning Golem will feature five tracks from The Tower during the show. A full list of tour dates can be found below.

“Vulture Industries come across as complete oddballs. They are the mad hatter’s tea party irregulars with an Alice In Wonderland surrealist brand of dark metal cabaret” – Terrorizer Magazine

Cult Swedish death/black metal powerhouse NECROPHOBIC have released the second track from their forthcoming new album, Womb of Lilithu. The new track, titled “Furfur” is available in the form of a lyric video through Metal Underground. Womb of Lilithu is slated for release via Season of Mist on October 29 in North America (October 25 worldwide). The artwork and track list can be found below.

NECROPHOBIC recently released the first track from their forthcoming album. This track, titled “Splendour Nigri Solis” is available through Spotify and Bandcamp.

Formed in 1989, the highly-influential NECROPHOBIC are widely regarded as pioneers of satanic Swedish black/death metal, and a band that has directly influenced many of the countries most renowned metal exports (WATAIN, SHINING, TRIBULATION, NAGLFAR).

NECROPHOBIC stood apart from their contemporaries by combining haunting melodies with the harsher aspects of death and black metal’s aggression.

“Fingers to the bone. That has been one of our mottos since HARK’s inception, and it carried us through to the recording studio. Long days, little sleep and grim determination made this record the beast that we believe it to be. We pushed ourselves in all kinds of ways, and that commitment resonates throughout. The upcoming mini-tour will be a nice introduction for our fans, before the record release and more lengthy tours follow in 2014. We’re having fun biding our time, but there’s only so long you can keep a bull in its pen.”

HARK have also announced a string of European tour dates. The trek, which starts on November 27 in France, will travel through Switzerland, Germany, and the UK. The band is also slated to make an appearance at next year’s Wild Custom Guitars Festival in Clermont-Ferrand, France. A full list of confirmed tour dates can be found below.

Founded in 2005, BEYOND CREATION, has quietly become a force that the rest of the metal world will soon experience. The band recently took part in the second installment of the Decibel Magazine North American tour alongside CANNIBAL CORPSE, NAPALM DEATH, and IMMOLATION. BEYOND CREATION also toured Eastern Canada supporting metal stalwarts OBSCURA, AUGURY, ABYSMAL DAWN and more.

Both albums are available as CDs, limited-edition double LP, and colored vinyl gate-fold LPs. All formats can be ordered here.

CARACH ANGREN is on the tail end of their first Japanese tour with MARDUK in support of their last record, Where The Corpses Sink Forever. The album can be streamed in its entirety here and ordered here.

Greek metal masters ROTTING CHRIST and heavy metal super group TWILIGHT OF THE GODS have announced a European fall tour. The tour, which starts on October 16 in Hamburg, will travel for several weeks before ending in London. Both bands are scheduled to make an appearance at this year’s Metal Invasion Festival in Straubing, DE, where they will play alongside IMMORTAL, KREATOR, and NAPALM DEATH.

TWILIGHT OF THE GODS will be touring in support of their forthcoming Season of Mist debut, ‘Fire on the Mountain’. The band previously released a lyric video for the title track, “Fire on the Mountain (1683)” here. TWILIGHT OF THE GODS is: Alan Averill (PRIMORDIAL, DEAD SOVEREIGN, BLOOD REVOLT) on vocals, Nick Barker (ex-CRADLE OF FILTH, ex-DIMMU BORGIR, ex-TESTAMENT, ex-EXODUS) on drums, guitarists Rune Eriksen (AURA NOIR, AVA INFERI, ex-MAYHEM) and Patrik Lindgren (THYRFING), and Frode Glesnes (EINHERJER) on bass.

Updated ROTTING CHRIST and TWILIGHT OF THE GODS news and tour information will be made available through the Season of Mist website.