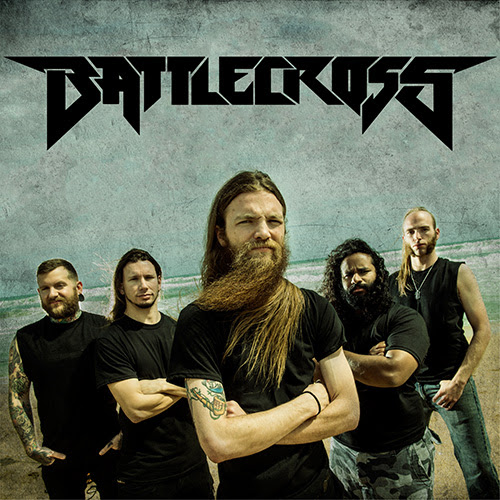 “Slayer is obviously one of our biggest influences. Slayer taught me personally to not give a f#@k and throw in attitude in your riffs. War Ensemble is one of my favorite Slayer songs because it embodies the aggression and attitude of Slayer but also is more dynamic than a traditional Slayer song that is all speed. Jeff Hanneman was an underrated player and it’s shame his greatness was only recognized after he passed. In honor of Jeff we wanted to cover “War Ensemble” and throw in a bit of our own twist and speed to the song. Slayer!”

The track will be streaming via Metal Hammer UK & Metal Hammer Germany beginning May 27 and will later be made available to fans via iTunes.

It was recorded, mixed and mastered by Matt Dalton at 37 Studios in Rochester Hills, Michigan.

The band recently kicked off a North American tour with Killswitch Engage and Trivium that wraps up at the end of May, then the band ventures to Europe in June for a series of festival appearances, as well as club shows with Huntress.

War of Will, the band’s most recent album, debuted at #134 on the Billboard Top 200 chart, #118 on the top current albums chart, #2 on the heatseeker chart, #15 on the current hard music chart, #16 on the hard music overall chart, and #32 on the independent albums chart. It didn’t stop here though, as the band also debuted in Canada’s Soundscan charts coming in at #178 Top 200 Current and #25 Hard Music Charts while also landing on the iTunes charts for release date at #103 Top 200, #10 on Rock, and #2 on Metal. This marks the band’s first ever Billboard chart debut. War of Will also peaked at #3 on the US iTunes metal chart on the day of release.
http://www.battlecrossmetal.comhttp://www.facebook.com/battlecrossmetalhttp://twitter.com/battlecross