Thanks to Cristiano, Tommaso & the FLESHGOD crew

Extra special thanks to…

The DEVIN TOWNSEND PROJECT released their new CD/DVD set, The Retinal Circus, in the USA via InsideOut Music! Featuring a three hour plus performance that spans Devin Townsend’s entire career, the live show takes place at London’s historic Roundhouse venue and includes a full choir and theatrical cast, visual and aural enhancements unlike any concert Devin has done to date, several special guests, circus performances and more. To purchase The Retinal Circus, please visit iTunes for a digital copy or CM Distro for a variety of physical formats.

For a preview of The Retinal Circus, fans can watch live clips of “Grace” and “War” taken from the DVD.

“The Retinal Circus is full of the energy and smart-ass antics Townsend has been giving to his live gigs since he began doing them again” – ABOUT.com

Groove metal band BornBroken have parted ways with drummer Jonathan Menard and are now in search of a hard hitting, blast beating slayer to take on live and upcoming recording duties for the bands follow up to their debut album ‘The Healing Powers of Hate’ released this past summer.

In a statement released by the band:

“It is with a heavy heart today that we announce that BornBroken and long time drummer for the band Jonathan Menard have decided to part ways.

Jonathan has been part of BornBroken for the past 3 years and was a substantial member of the growth of the band. We wish him the best of luck in his future endeavors and we will remain best of friends with him for years to come.

With that being said, we are currently holding video submission auditions for BornBroken. If you think you have what it takes then we want to see it! Please send all video submissions or inquiries to BornBroken facebook page here. Finalists will be contacted for further auditioning.

BornBroken is not going anywhere; we are not disbanding in anyway. We are currently in the writing process for our next album which will be recorded and released sometime in 2014. Stay tuned cause what we have coming up in the near future for The Broken is going to blow your mind…the best is yet to come..see you in the pit.” – BornBroken

‘‘It’s really hard to write these lines, but my association with BornBroken is unfortunately over as we have decided to go our separate ways. However, we are on good terms in ending this adventure together and I would like to thank the band that has given me the chance to be part of a family, life experiences and cherished memories. Thank you to everyone who believed in me and I will never forget BornBroken.’’

BornBroken’s debut album ‘The Healing Powers of Hate’ was released earlier this June. The album was fan voted as Album of The Week (June 10th) on Revolver Magazine, along with debuting #8 on Canadian College Loud Charts, plus being named one of the best unsigned Heavy Metal Bands for June on About.com.

They have also received great admiration from Yell Magazine! quoting ‘This is a debut metal album of epic proportions. If it’s not the Canadian metal album of the year, it’s certainly in the running for Canadian debut metal album’ and TheFrontRowReport.com quoting ‘BornBroken may be the best metal band you probably haven’t heard of. Those who love hard, heavy, angry metal are in for a treat and may find a new favorite in BornBroken.’

‘The Healing Powers of Hate’ is now streaming at the following link: http://soundcloud.com/bornbrokenmusic/sets/thehealingpowersofhate

BornBroken was formed with one simple mission in mind: Help the masses find a voice, a face, an “X” that marks the spot through the sounds of beating skins, metal strings and broken chords.

After months of writing and hours spent in the studio, BornBroken managed to take every emotion they felt, put it to music, build off of past battle scars and create a record where listeners will feel they are part of the storyline.

On their debut album, The Healing Powers of Hate, BornBroken play out not only what life has given them but also what they want to give back: truth, integrity, perseverance, loyalty and faith in humanity’s struggle for equality. 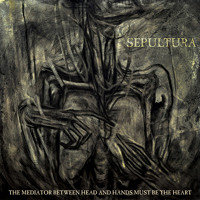 Church of Misery, Japan’s finest doom export, has announced that their upcoming headlining tour dates for this fall in the United States will now begin on November 1 in Chicago, IL. Issues beyond the band’s control had forced the band to reschedule the first half of the tour, which will now conclude on December 15 in Milwaukee, WI.

To preview the live experience awaiting fans on this tour, watch the video for “Brother Bishop” at metalblade.com/churchofmisery.

Tour dates can be seen below, as well as on facebook.com/churchofmiserydoom.

“Thy Kingdom Scum” was written and recorded by Tatsu Mikami, Junji Narita, Ikume Kawabe, and Hideki Fukasawa and features the return of the band’s original vocalist, Hideki Fukasawa. The album has been praised as one of the best doom releases of 2013, with Decibel Magazine declaring it has “some of the wickedest doom grooves since Black Sabbath 40 years ago… it’s resounding proof that no one right now-not even the reunited Sabbath with a newly wound-up Ozzy-can come close to the gargantuan swing of the mighty Church of Misery.”

Terrorizer Magazine adds that “Thy Kingdom Scum” is a “very welcome return of Hideki Fukasawa on vocals (and synth too)… reaching Anselmo-like drawling lows.”

Oklahoma City‘s premier death metal export Dischordia are proud to announce that their song “The Enemy” is featured in Sick Drummer Magazine‘s “Brutal Beatings XIII” streaming compilation, alongside the likes of Grave, Pyrexia, Ulcerate, Wretched and more. The magazine is known as a resource for anyone seeking innovative heavy drumming and music in general.

“The Enemy” is featured on Dischordia‘s debut full-length album, Project 19, which saw the light of day on July 23, 2013 through Rogue Records America. Stream tracks and purchase the album via the band’s Bandcamp page: http://roguerecordsamerica.bandcamp.com/album/project-19

Dischordia toured the Gulf and eastern United States this past summer in support of the album, and are pleased to announce plans for another stint focusing this time on the west coast in January of 2014.

Rivers of Nihil’s debut album, “The Conscious Seed of Light,” will be released on October 15 in North America. The album was recorded in March of 2013 at Mana Recording Studios in Florida with famed metal producer/musician Erik Rutan. While The Conscious Seed of Light is not necessarily a concept album traditionally speaking, Rivers of Nihil began this project with the idea that they would release four separate albums tied together with one common theme: each reflecting a particular season of a year.

“The Conscious Seed of Light is intended to be representative of Spring and explores various themes concerning new beginnings, growth, and an attachment to the natural world in a post-human Earth. Unlike some concept records however, we wanted to allow each song to work on its own terms. Rather than have the songs rely on each other to move a specific story structure forward; they work within their own separate narratives, but ultimately serve the album’s broader concept.”

Now, fans can stream a video with audio samples of each track on the album at metalblade.com/riversofnihil. Below, Adam Biggs elaborates on the concepts behind each track on the record. Rivers of Nihil‘s lineup is rounded out by vocalist Jake Dieffenbach, drummer Ron Nelson, and guitarists Jon Kunz and Brody Uttley. The band will be on tour beginning thisFriday, October 4 with Beneath the Massacre. On October 26, the band will join Dying Fetus for the final portion of their headlining tour.

The Conscious Seed of Light Track by Track Rundown

RIVERS OF NIHIL w/ Beneath the Massacre, Rings of Saturn, Legion:

Gothic-doom metallers PARADISE LOST and Terrorizer UK have teamed-up to premiere the band’s newly recorded track, “Gothic 2013”, taken from their upcoming album, Tragic Illusion 25 (The Rarities). Due out on October 21 in Europe (digitally on November 5 in North America), Tragic Illusion 25 (The Rarities) features artwork by Parisian designer Valnoir (http://www.metastazis.com), who has worked with artists such as ORPHANED LAND, MORBID ANGEL, WATAIN, and more than 150 others. All tracks found on this compilation are previously released rarities — except the new track “Loneliness Remains,” and newly recorded “Gothic 2013” and “Our Saviour 2013.” These three tracks will also appear on a mint green 10″ vinyl (USA exclusive color; limited to 300 copies), which can be pre-ordered here.

For a preview of Tragic Illusion 25 (The Rarities), head over to Terrorizer UK to stream Gothic 2013:

“When the opportunity came up for us to re-record ‘Gothic’, we were really pleased because it meant that we could finally do the song justice (production wise) and Simon Efemey had the chance to give it his polish. ‘Gothic’ has often been considered a bench mark in our early career and it was good to revisit it.”

11. Missing (EVERYTHING BUT THE GIRL cover version)

*=tracks that appear on the limited 10″

PARADISE LOST is also pleased to confirm that their 25th anniversary “Tragic Illusion” tour has been extended to now include a number of European dates! As with the UK shows, the band will be supported by both LACUNA COIL and KATATONIA (who will be playing the entire Viva Emptiness album at all shows). See below for all upcoming tour dates.

WINDS OF PLAGUE – Open The Gates Of Hell (Teaser). Look out for the new video coming soon!