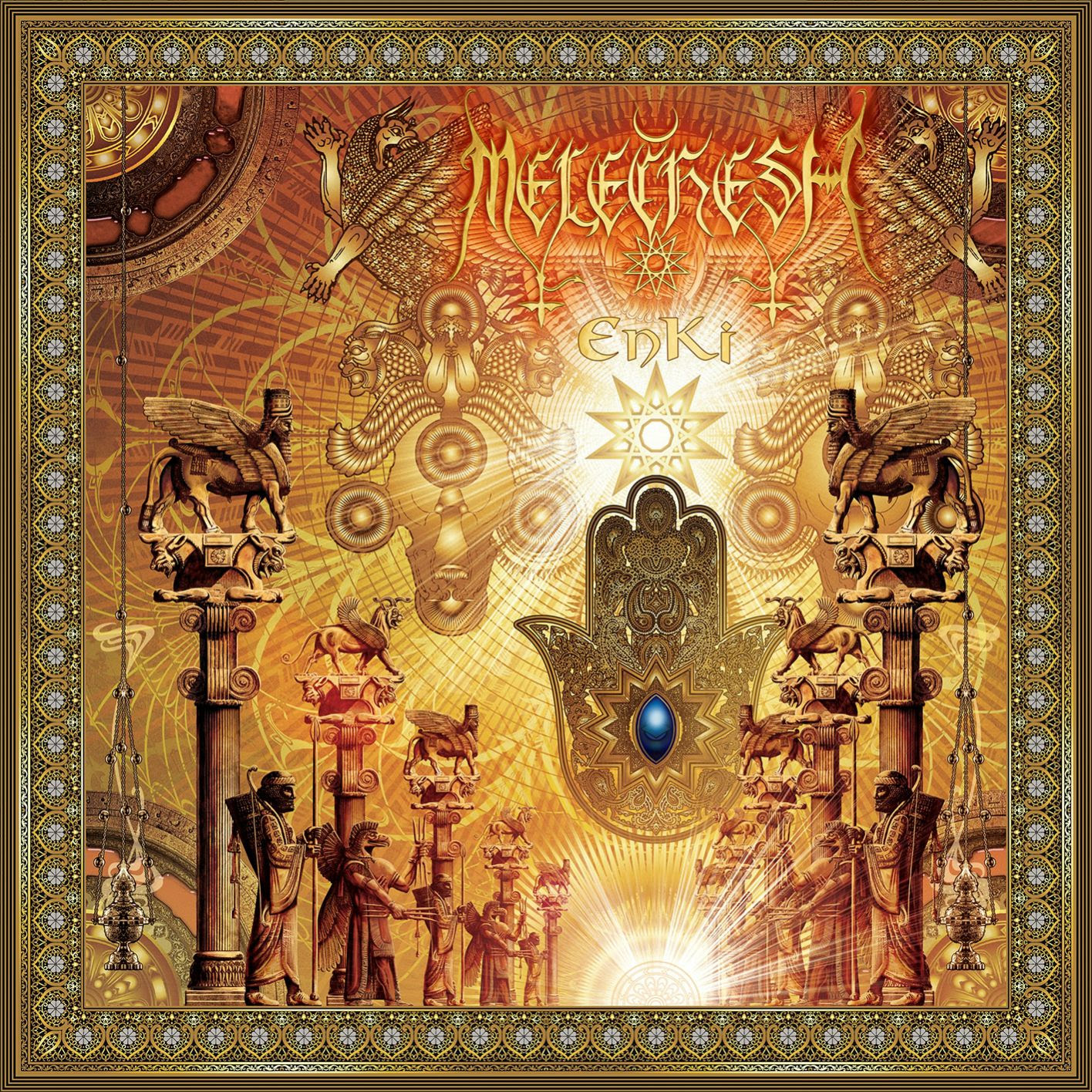 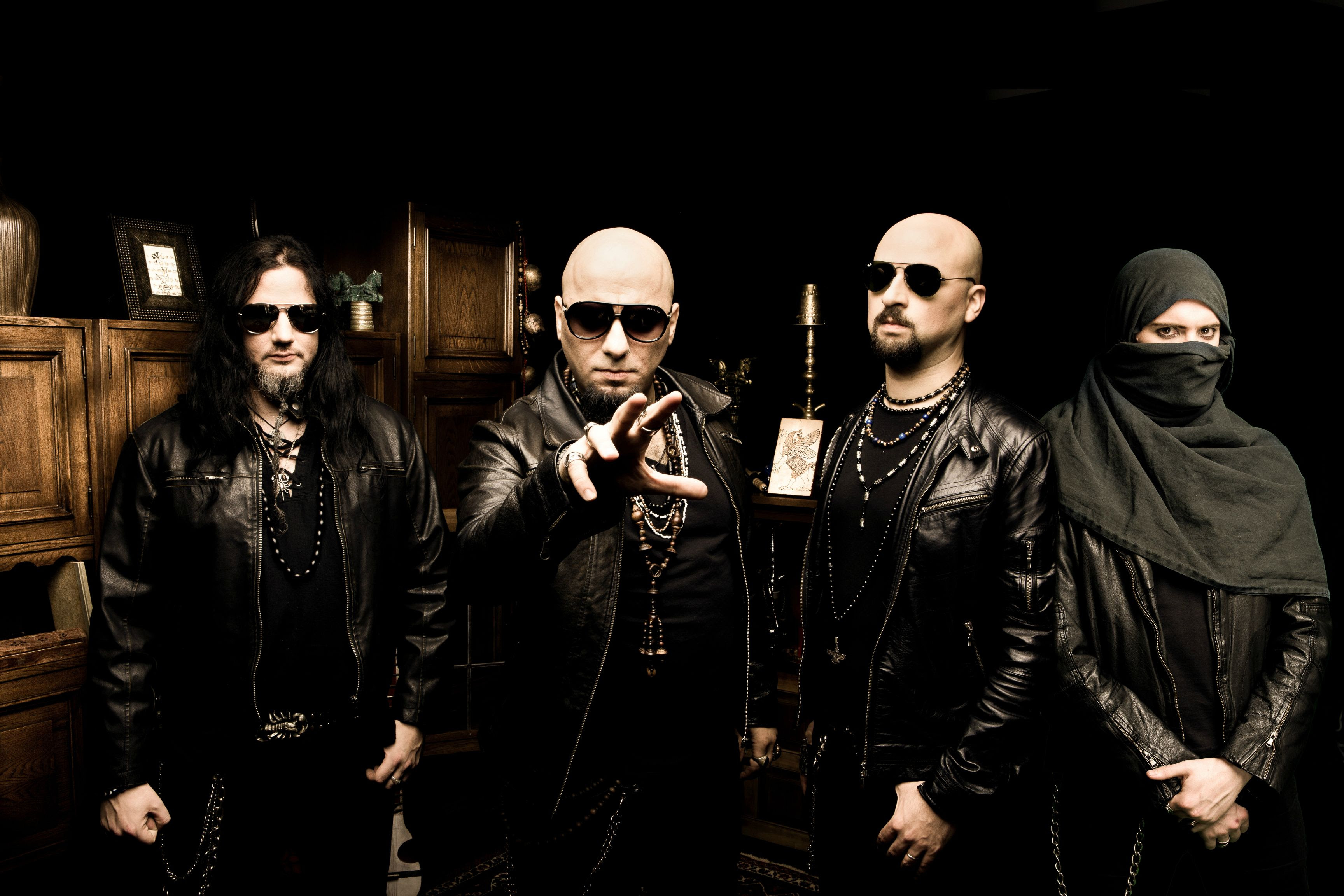 MERCENARY unveiled another track from their new album, Through Our Darkest Days, due out in North America on July 30. Check out Generation Hate below.

“In contrast to the title track which we put out some weeks ago, the song Generation Hate is a heavy, fast and furious f*cker which we felt was perfect to show the range and diversity of the new album. Enjoy!”

Through Our Darkest Days, recorded with longtime collaborator Jacob Hansen (Volbeat, Heaven Shall Burn), commemorates the 15th anniversary of the release of Danish melodic death metalists’ debut album. Featuring a combination of the band’s latest material along with much of the traditional melodic and melancholic elements of previous MERCENARY albums, the album uses the journey through existential darkness and the ability to break through it as its primary theme.

The cover art, seen above, was designed by Mnemic guitarist Mircea Eftemie (Soilwork, Illdisposed) and is said to symbolize “a darkness that we (Mercenary) have gone through as a band, which we feel we have finally put behind us.”

You can pre-order the album directly from the PROSTHETIC web shop along with an exclusive t-shirt here: http://www.indiemerch.com/prostheticrecords/item/20121. Grab your copy now!

Don’t forget to catch MERCENARY on tour later this year with Omnium Gatherum!

Until Dawn’s intense energy, intoxicating guitar riffs along with their lively stage show shows that their location in the remote northern depths of Fort McMurray, Alberta will not slow them down as they unleash their latest album Horizon on Tuesday, August 6 to follow up their 2011 self titled breakthrough.

Before the album’s release, the band is now offering to fans the first single This Fallen Fortress as a free download on PureGrainAudio.com here.

“We started working on Horizon two years ago, and the concept came together fast. As a touring band, we are always staring into the horizon geared towards the next show. That’s what we are trying to convey with our next record. We spent an immense amount of time writing and doing pre-production to ensure we lived up to our own expectations and our fans. We believe this is the best representation of what Until Dawn is right now. We are extremely proud and excited to get this record to our fans, to make new ones and hit the road to play the new songs live.

Our single This Fallen Fortress started as a song about being from Fort McMurray and the struggles we face as a band secluded so far north. But quickly turn into being about gaining strength through out any obstacle you are faced with. We as a band believe you can find strength and perseverance in any situation, and turn it into a positive. Let this dawn awaken.”

Mixing the sound of modern metal and classic rock, brothers Luke and Deke Worrell, with Adam MacLeod and Steve White have created a thirteen track exploder that appeals to both young and old alike.

2. Strings Of The Dammed

3. The Red Sun Rises This Day

6. A Conjurer Of Cheap Tricks

Until Dawn released their self titled debut in 2011 to great success having their hit single Table and The Plastic get steady rotation on local Rock 97.9FM. With that strong support the band was able to successfully tour Western Canada, which included festival performances and sharing the stage with KISS, Korn, Volbeat, Billy Talent, A Day To Remember, Hell Yeah, All Else Fails, Fozzy, Ill Scarlett, 3 Inches of Blood and Striker where they wowed audiences with their own brand of modern metal.

Releasing their sophomore album in 2013, Until Dawn is building on their previous success and setting new plans to bring their music to larger audiences around the world. All in all, Until Dawn is melodic metal at its finest, and this is just the beginning.

Melodic death metallists MERCENARY unveiled the title track from their upcoming album, Through Our Darkest Days. You can stream the entire song via Soundcloud.

“We are proud to let you all hear the title track of our new album. We put a lot of effort, heart and soul into this beast and can’t wait to unleash it on the world! For us, the song is very iconic and it embodies the melancholic and grand sound that has always been a trademark for Mercenary.”

Through Our Darkest Days — the group’s seventh studio album — is scheduled for release in North America on July 30 via Prosthetic. It was recorded with longtime collaborator Jacob Hansen (Volbeat, Heaven Shall Burn) at Hansen Studios in Denmark and features cover art by Mircea Eftemie (Soilwork, Mnemic).

The band also announced a series of tour dates in its native country, which will follow their European headlining tour.

“We are psyched to announce that we will be tearing up Denmark in September and October with our good friends Essence! We will make sure that no heads are left unshaken! We look forward to share the stage with Essence once again and delivering ONE HELL of a show every night! So get your asses down to the shows and bring the action!”

Over the course of its career, MERCENARY earned extensive acclaim for its juxtaposition of melody and melancholy, as well as its unique musical mixture of the progressive, power, death and thrash metal subgenres. The group has twice performed at the annual ProgPower USA festival and toured their native continent extensively with Megadeth, Arch Enemy, Nevermore, King Diamond, Death Angel and Symphony X, in addition to playing such prominent festivals as Wacken, Graspop and Dynamo.

Today, King Diamond and Volbeat are pleased to release the Jacob Hansen mastered version of this track, titled Room 24, as a FREE download gift to the fans.

The track Room 24 features a massive coup for Volbeat with the guest appearance from King Diamond, the legendary front man of Danish metal pioneers Mercyful Fate, and one of Poulsen‘s musical idols.

Volbeat reveals, “I’m a huge fan of Mercyful Fate and King Diamond. Having King on the record is a huge privilege. Normally, it’s not something he does. He wrote his own lines, and it is half my lyrics and half his. It’s a weird, scary story, and he’s the perfect person for it.”

If you’re waiting for Gigantour to roll around your way this summer, you’ll be at least 4 months too late!

MegaDave, Vic Rattlehead & the crew are firing up the engines for a two month winter run which also features Motorhead, Volbeat & Lacuna Coil.

View the details from our friends at MetalUnderground.com: